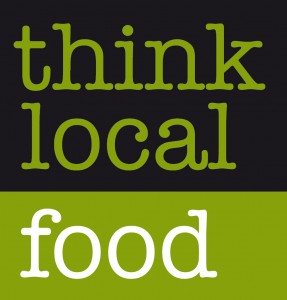 If every household in Northumberland County spent just $10 per week on locally produced food, it would put an extra $16.4 million into the county’s economy each year, says a food advocacy organization.

Considering the amount each family spends on groceries weekly, it is not much. But, the impact is profound.

Now, the provincial government wants to make every hospital, school, municipality, university, college, long-term care facility and other public institutions promote the use of local food. Let’s hope this will mean these institutions will also be encouraged to purchase local food, not just talk about it.

It is part of the Promoting Local Food Act, a piece of legislation stalled after former Premier Dalton McGuinty prorogued Queen’s Park about a year ago. It is now back on the table, thanks to the current premier, Kathleen Wynne, who is also Minister of Agriculture and Food.

The Conservatives are pushing an amendment allowing farmers to get a tax break on any surplus food donated to food banks. The idea would be to cover the cost of transporting the unused or unsold food.

The legislation and the amendment are a no-brainer for politicians. Farmers are hurting. Northumberland is not alone as it struggles to help them as they face unprecedented hurdles, including tough, competitive, global markets, burgeoning legislative requirements and so on. Most farmers welcome anything that will help people recognize the importance of agriculture and put more money in their pockets.

One of the biggest questions surrounding the legislation is the definition of local. The Canadian Food Inspection Agency set it at “food produced within 50 kilometres of where it is sold”. However, a recent change means it is “ food produced in the same province.”

If Cobourg and Port Hope residents were to follow the first definition, it would mean sourcing food inside an area from Trenton to Bowmanville, north to Peterborough, approximately. Whether this is feasible or not is another question left to experts. But, this would be the idea.

Under the new definition, it can come from anywhere inside Ontario. It means an apple from Moore’s Orchard could be sold in Sudbury as local produce. That doesn’t quite seem right either.

The act also emphasizes public education. During his visit Hardeman said his party wants to see food literacy as part of the curriculum.

But, it would appear Ontario already has a longtime food promotion program called Foodland Ontario. Started in 1977, it runs point of purchase program; brand services, and works with commodity groups to encourage public education.

On top of this the Northumberland County Food Charter, a local organization of individuals, agencies, organizations and institutions from across the county, is currently touring the municipal councils looking for endorsements for its proposal to create a Food Council for the region. It wants to co-ordinate activities and become yet another voice pushing the food agenda.

Rather than creating more voices, it might be nicer to have fewer and with a clearer message.

While the Promoting Local Food Act is a political bone for rural voters, it needs to be far more specific in how it is going to reach its objectives. Will hospitals now source 50 per cent of its food locally? Most don’t have kitchens. So will the suppliers source local food? And will it be from Northumberland or from the original point of the supplier? What if it is in Toronto? Well, you get the point. Same with schools, long-term care facilities, colleges and universities.

Meanwhile, this is better suited to local activism. Churches, farmer organizations, farmer’s markets, sustainability groups, and so on, seem to be doing just fine.

The Northumberland Food Charter group sounds like a great idea. But, through the good works of grassroots organizations, it is already happening. Politicians need to think very carefully before adding another layer of bureaucracy. And, no doubt, a Food Council will cost local taxpayers, too, either locally or from the provincial coffers.

Please let’s leave good enough alone. Promoting the production and consumption of local food seems to be working. Oh yeah, and spend another $10 this week and every week on local food just to show them.