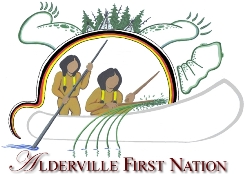 In a historic agreement, the Alderville First Nations reached an agreement with the federal government over a sacred burial ground was taken away during the settlement of the Belleville area.
As settlers moved into the lands occupied by the aboriginals in to the lands now known as  Thurlow Township, a burial ground was taken over.
The claim provides a monetary compensation for $734,852. But what is equally significant is the acknowledgment the Crown failed to protect the lands from disturbance. A portion of Jane Forrester Park will be turned over for a memorial commemorating the Alderville First Nation and its contribution to the region.

Notably, the agreement was negotiated in less than two years.

On the surface, it is a cause for celebration. The recognition of the wrong doing is important as the Canadian government attempt to reconcile past injustices committed against First Nations. And, the opportunity for a memorial to honour the contribution of the Mississauga nation on Grape Island, who were relocated to Alderville, is also worth recognizing. There is far too little public recognition for the contributions of aboriginals to early Canadian settlement.

But beneath the platitudes, glad-handing and smiling photo ops, questions abound. How does this all fit into the large number of unsettled disputes? How does this fit into the agenda of First Nations within the region, who have many concerns that fail to get addressed? What is the backstory? Were there any previous attempt to reach an agreement and why did that not work? What unfinished business exists between the parties. How does this move that agenda forward?

Nothing should diminish the achievement announced today. But there is a larger context that needs to be understood. The complex relationship between the First Nations in this region and the federal government present a backdrop worthy of serious consideration before we all start slapping in other on the back and spouting platitudes.