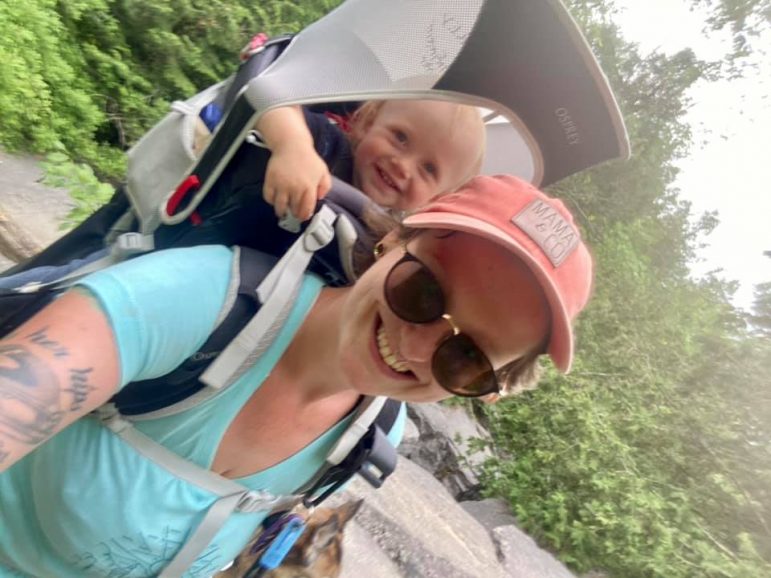 Port Hope mother and activist Lyss Warmland with her son, Wilhelm. Warmland was one of a group of Port Hope people who invited residents to take action to support Indigenous people on Canada Day.

On Canada Day, a group of Port Hope residents gathered at the foot of the statue of Lt. Col. Arthur Williams in front of the town hall to hold an event. People were invited to sign letters, donate money and engage in conversations about the residential school system. The organizers wanted to create an opportunity for the community to take action in the face of the tragic revelations of the discovery of more than 1,000 unmarked graves of Indigenous children over the past few weeks.

The future of the statue is currently under review. As you will hear in this podcast, Port Hope Mayor Bob Sanderson said the council is asking staff to come back with recommendations around how the municipality should address ongoing issues related to Indigenous people. That statue is part of those discussions, he said. 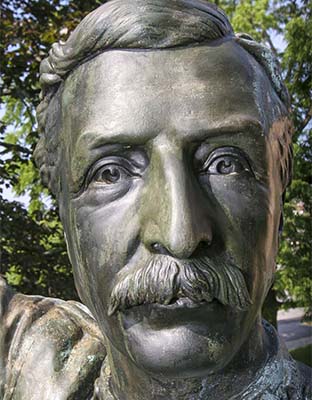 Williams was a prominent Port Hope resident. He inherited Penryn Park, an estate farm, which he operated. He also owned a bank, plus he was elected to the Legislative Assembly of Ontario representing Durham East.

Williams was also the captain of the local militia. It was called to duty to put down the Northwest Resistance. Tensions between the Metis and the Canadian government led to the formation of the province of Manitoba. The Metis wanted to operate their own government, while Canada sought to control it from Ottawa. Numerous skirmishes took place as a group from Ontario harassed the Metis provisional government as it sought legitimacy. One of the members of the Ontario group, Thomas Scott, was put on trial and executed. This fueled English Canada, and Ottawa moved quickly to overthrown the Metis.

In May 1885, Lt. Col. Williams led the Midland Battalion on the Battle of Batoche, the last major confrontation in the Northwest Resistance. He survived the battle but later died following an illness on a steamboat on the North Saskatchewan River. His body is buried in Port Hope.