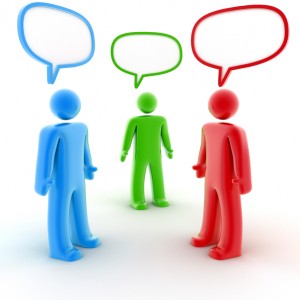 Lets talk, shall we? Somehow, over many years of increasing poverty and misery for the disadvantaged, a large cadre of well meaning, middle class social agency workers have built up a philosophy that threatens to perpetuate the very problems they claim they are trying to solve. Encouraged, even enabled by government bureaucrats, these people have drowned out the cries of protest that seek immediate solutions, and reduced the real activists to a marginalized and demeaned fringe element.

Consider the recent federal budget, and comments from the local executive director of Habitat for Humanity made to Rick Norlock, our federal Member of Parliament at his annual budget breakfast.

Despite cutting off funding to build affordable housing back in the early 90s, with no plans to bring that back in spite of the current crisis in homelessness, this charity worker congratulated Mr. Norlock for throwing a few paltry crumbs in the direction of social housing. None of the money is to build housing; it’s all for programs instead. There is nothing positive in throwing crumbs when real action, and real housing, is what’s required. That is what this housing worker should be saying.

On the provincial front, John Clarke, of the Ontario Coalition Against Poverty, wrote a paper about this year’s budget that appeared in the online magazine the Bullet. He quoted two prominent organizations, the “25 in 5” Poverty Reduction Network and the Daily Bread Foodbank, who both praised government plans to reform Ontario’s welfare system. This in spite of the government’s intention to dismantle the province’s Disability program and attempt to force many of the disabled into work. It’s a plan that deserves to be condemned, not praised, and condemned as loudly as possible.

Mr. Clarke takes direct aim at this newest trend in bureaucracy, called “constructive engagement”. It’s widely practiced by people in the middle class anti-poverty movement, in groups like “25 in 5” Poverty Reduction Network and the Daily Bread Food Bank. These cheerleaders for poverty reduction, as opposed to the genuine poverty eradication that real activists want, believe, naively, that by chipping away at government, by making nice with bureaucrats and politicians, they will somehow win the day for the poor at long last. But by praising small improvements and failing to condemn the overall miserly thrust of the proposed changes, they don’t do the poor any favours, not when their circumstances have fallen to the disastrous levels we see today.

You see, there’s talk, and then there’s action. By distracting all these nice people into talking to yet another committee, writing yet another brief, holding more discussion groups with more “stake-holders”, inaction is guaranteed. The real activists give up and go home in despair, while the chattering classes happily play the game, oblivious that they do more harm than good.

It seems that to be a real advocate for the poor, you have to live it first. You have to go hungry so your kids can eat, cry at night because your kids can’t go on the school trip, and endure rude treatment at the hands of agency staff, to really understand the day to day effects of grinding poverty. These are the advocates government should be listening to, the real experts. Too bad they’ve all been shoved to the margins while the professionals have sucked up all the airtime, and wasted it on platitudes instead.

To read John Clarke’s article, follow the link below:

One thought on “Talking our way out of poverty”