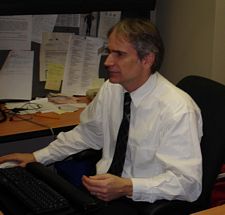 Legal clinics, the seemingly silent side of Legal Aid Ontario, may be home to many idealistic, justice seeking lawyers, but they are still part of the government funded, and very official, legal system, subject to the same been counting instincts of administrators everywhere. Like so many other public services, they have grown bit-by-bit, region-by-region, until every geographic corner of Ontario has been covered, each clinic a unique entity. Perhaps grown complacent after years of steady funding, the clinics seem somewhat shocked that bean counters at head office are less impressed with their noble attributes than in the past and looking for radical change in how they conduct their business now.

When Legal Aid Ontario surprised everybody in the clinic system by releasing its latest discussion paper broadly and publicly last month, there was real alarm at some of the proposals put forward. The legal clinic’s Association of Community Legal Clinics Ontario invited the province to provide input as part of its ongoing strategic planning process, but wasn’t expecting the conversation to become quite so public. Association Executive Director Lenny Abramowicz has been working hard to correct what seems to members like misinformation contained in LAO’s report. In an interview with Kendyl Sebesta for an article appeared May 14, 2012 in Law Times magazine, Mr. Abramowicz outlined the clinics’ objections, starting with the fact that the report gave short shrift to clinic accomplishments and progress at improving services.

Next, legal aid clinics use of statistics came under fire as a documented “assist” from a clinic was counted as one point whether a quick bit of advice over the telephone or a major case that took years to resolve. Next, to complaints by LAO that most of the budget increases provided went to salaries and administration, Mr. Abramowicz pointed out clinic salaries, especially to lawyers, were so low that they couldn’t keep qualified staff and clinics needed to play catch-up to provide quality service. Finally, with two new specialty clinics created to address systemic housing and income issues, LAO wasn’t being entirely fair in failing to note that start up costs for these clinics were included in the numbers too. As to administration costs, it’s mainly LAO mandated paperwork that drives that figure up, and those demands have increased, including the need for each clinic to re-apply for funding every single year as if it was a new organization.

By the end of 2012 the Association plans to release its own Strategic Plan for clinics, and no doubt hopes the focus will shift then to their vision and not the funders, leading to a substantially different discussion. Through the years from 1993 to 2008, when this writer was working for Northumberland’s legal clinic, Legal Aid Ontario discussion papers seemed to emerge as regularly as the seasons, each one setting off a storm of speculation about what the end result might be and how clinics could influence that outcome. With as many as 800 decision makers involved through the locally run boards and each one’s senior legal staff, it’s not hard to see that for legal aid clinics, achieving consistency and basic agreement amongst all of them, must indeed seem like herding cats – feral cats at that.

In all of this, there is still a voice missing, and that is the client’s. Aside from some perfunctory and periodic surveys that some clinics ask their clients to complete, nobody has really talked to them, certainly not at the level where it would count. The last major effort at grass roots involvement was the “Connections and Directions” conference in Hamilton in 2003, where four hundred legal experts from around the world, along with some of Ontario’s hardest working anti-poverty group members, worked together to find progressive and lasting solutions to move the system forward. Led by the indomitable Ian Morrison, a lawyer and former head of the once mighty Clinic Resource Office that served the system’s research needs, it was a monumental undertaking that both LAO and the Association organized. But, like Mr. Morrison, the concept of genuine community involvement in the delivery of legal services seems to be long gone as austerity rules the roost.

Sadly, much like the situation with doctors in our health care system, those at the top carry more clout than they should, whether they’re lawyers or administrators. As long as clients are treated as passive recipients of services and not potential leaders and agents of change to be nurtured, the system will continue to fall short of meeting its mandate. Ontario’s legal clinic system was built one office at a time by people in those communities who wanted justice for their residents. The communities built the clinics, and their meaningful involvement is crucial for clinics’ continued success and relevance. After all, if justice cannot be found on the ground, it’s only so much hot air.