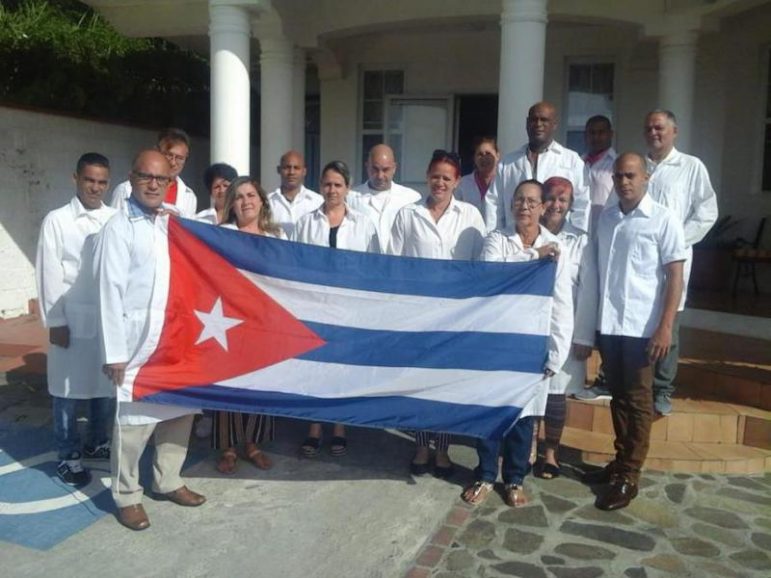 Members of the Henry Reeve Brigade holding a Cuban flag. This organization of more than 8,000 medical professionals has served in 22 countries using its expertise in pandemic and emergency medicine. The Northumberland chapter of the Council of Canadians nominated it for a Nobel Peace Prize.

Fifteen years ago, after Hurricane Michelle devastated Cuba, the government realized it needed to train emergency medical teams to deal with natural disasters. It figured this was not the last time severe weather or natural disasters would strike the island nation. Known and the Henry Reeve Brigade, it is a team of 8,000 medical professionals who are specially trained in dealing with disasters and epidemics. It has been deployed in 22 countries around the world since it began. It responded to hurricanes in Guatemala, floods in Bolivia, and an earthquake in China, among countless others catastrophes.

A view from the frontlines: Inside the CUPE protest in Northumberland

The show: The full interview with bonus material: Last week, we watched as the Ontario government imposed a contract on support workers in our schools. These workers belong to the Canadian Union of Public Employees or CUPE.