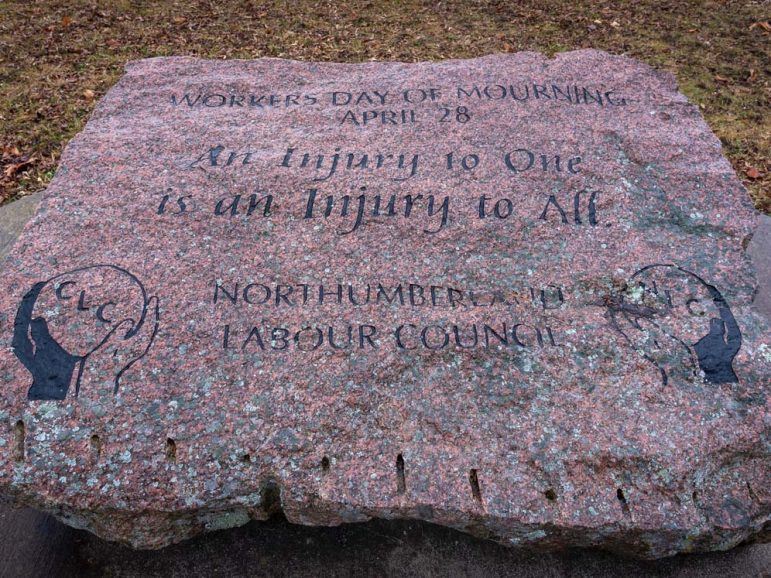 The Northumberland and District Labour Council’s monument honours those who have died or were injured in the workplace in Lucas Point Park. It is where the Day of Mourning ceremony is held annually on April 28. Photo courtesy of Ted Amsden Photography

There are lots of people and politicians who are quick to express their gratitude to essential workers. The nurses, doctors, grocery store staff, truckers, and some others quickly come to mind. But the cleaning staff, the line workers, those in distribution centres or the roofers, electricians, plumbers, daycare staff, and other workers don’t seem to get the same spotlight.

In this interview with Dan Tobin, president of the Northumberland and District Labour Council, you will hear the concerns of those who represent working people. It is not just a debate about paid sick days. It is also a conversation about the good job some local employers are doing protecting their staff on the plant floor. It is also thoughts about fair pay, temporary bonuses, and what is being done to support marginalized workers, like farmhands, migrant workers, those on low-income, and women – many of whom have borne the brunt of the pandemic.

Here is that conversation.