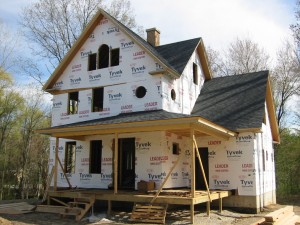 New mortgage rules announced this week from federal Finance Minister Jim Flaherty may make it tougher for some on the edge of home ownership to make the plunge, but it’s just tinkering with a system already well protected by changes made since 2008. The newest moves certainly won’t open the door to home ownership for the poor, but it may put the brakes on current homeowners for those hankering for the latest shiny toys. The danger is this drives them deeper into debt.

The rules were tightened in 2008 to protect us from assuming mortgages we really can’t afford. Then, it became mandatory for buyers to have a minimum 5per cent down payment, and amortization times were decreased from 40 years to 35. Now it is just 30 years.  Further curbs on a homeowner’s ability to re-finance their mortgage have been phased in, with the maximum available percentage of the home’s value fixed at 85%. Flaherty has also cancelled government-sponsored insurance on lines of credit provided with the home as collateral.

This exercise seems driven by increasing worries about the debt load so many of us are carrying as credit remains easy to get, if you own a home and interest rates remain low enough to lull us into a false sense of well-being. In the typical Father-Knows-Best manner, Mr. Flaherty doesn’t trust us to make wise financial decisions without his intervention. The sad part is that he seems to have a point, as Canadians increasingly mirror the consumer-driven frenzy to the south of us and jump casually into commitments that are manageable now, but could prove disastrous if interest rates start to move up quickly.

For the typical middle class family trying to buy a home, the new rules might slow them down somewhat, force them to save a few thousand more before buying, but that’s not necessarily a bad thing. For low-income earners, it doesn’t matter at all, because home ownership is a dream they know they’ll never achieve anyway. Just finding an apartment they can afford, with enough bedrooms for the kids and plaster that isn’t falling off the walls, would be quite enough.

The divide between the haves and have-nots in Canada grows wider every day. While some fret that their kitchen counters isn’t granite and their bathroom fixtures are out-dated, others worry about mould growing on the walls and mice in the pantry. Mr. Flaherty’s concern seems exclusively focused on those in the first category and the rest are simply ignored. It’s been nearly 20 years since the federal government, under the Liberal banner, ended its agreements with the provinces to build affordable housing. Left without support the provinces have mostly given up on it too with the result being quite predictable. More homelessness, more inadequate and substandard housing, more food banks, more mental illness. Housing isn’t just a right; it’s an absolute necessity to maintain any kind of life.

At the end of the day, Mr. Flaherty’s tinkering is a big yawn. Just as a minor glitch for the middle class home-buying public, it doesn’t even make the radar of the poor, who quite rightly see that utterly meaningless for them.