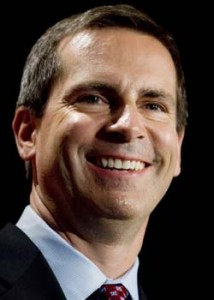 The resignation of Premier Dalton McGuinty is being dissected by many in the media, as well as in bars and coffee shops across Ontario. No doubt, there are lots of experts more qualified to explain the significance of this unexpected move.

When the 53 Liberal MPPs gathered last week in a hastily called caucus meeting, nobody was quiet sure what was going on, knowing only that it was something important. And, as we have been told, two extremely important decisions were made: McGuinty stepped down and he prorogued the legislative session.

Both these decisions were dissected to bits since then. But, what remains a mystery is how this is all going to play out on a local level. From a constituency point of view, the current Tory MPP Rob Milligan and former provincial Liberal MPP Lou Rinaldi both waded in.

Milligan is salivating at the idea of a possible provincial election in the spring in hopes it brings his party to power. Meanwhile, Rinaldi sounded like he was having tea at this Grandmother’s house holding polite conversation where nobody speaks his or her mind. The superficial analysis and vague comments harken back to his days as Northumberland’s member in the legislature.

Still, in the background, there are huge questions about the affect this will have on the local provincial Liberal association.

Within each riding there are two groups for each political party: one federal and one provincial. Traditionally, in between elections or party leadership races, the membership is low, often a core group of those who are most dedicated and highly interested. When an election is called, many members are mobilized to help with the campaign. This is not unusual.

However, when a leadership race is on a different dynamic is at work. The most active members go out and sell memberships like crazy as they rally support around a particular candidate. The local Liberal ranks swell quickly with all kinds of new members with varying degrees of party loyalty and political interest.

This is meant to be good for the local constituency because it gets people excited about politics and helps generate membership. The downside is simple: many of these people are temporary members, often becoming involved momentarily (in the worst case, they are brought in from outside. There are famous stories of busloads of homeless people and university students becoming instant party members). Still, if a few remain past the membership drive, it helps revitalize the local association.

With the provincial leadership convention scheduled for Jan. 25, 2013, the local Liberals will hold their leadership election meeting on Jan. 12 and 13. That is not a lot of time for the potential leadership candidates to announce their intentions, meet with local members, gather momentum and then hold an election.

Many have pointed out the problems McGuinty’s resignation caused in the big picture. But, these are compounded five-fold on the ground. Both federal and provincial Liberals are seeking a new vision for the party as it plummets in popular support. With divided loyalties and strained resources, there will be little time to consider a broader vision or even have a conversation with potential candidates, let alone between the members.

In one selfish, shortsighted move, McGuinty has thrown his party and the local constituencies under the bus.