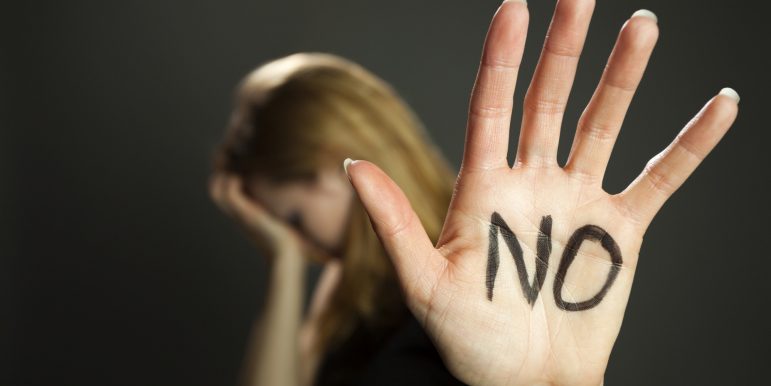 When a Woman says No, She Means It

As about 40 people gathered around the memorial at the east end of Victoria Park earlier this week to honour women who have died or are currently battling violence against women, it was particularly poignant at a time when women’s issues appear to be under siege.

In Cobourg, the ceremony marks the anniversary of the attack at École Polytechnique where 14 young women were murdered on December 6, 1989. This fell in the middle of a larger local campaign launched by GRAN Northumberland (Grandmothers Advocacy Network) to get everyone to wear orange ribbons during a 16-day period of activism that began Nov. 25 (the International Day for the Elimination of Violence Against Women) and runs through to Human Rights Day on Dec. 10.

Only a few days before the gathering in Victoria Park, a 40-year old Toronto woman was found dead under a bridge near Kleinburg, and her husband is facing charges. Both are doctors. She was a well-respected and liked family physician, very active in the medical community. He was charged in 2005 of assaulting her, according to reports in the Toronto Star. A stunning reminder of the level of violence against women that knows no class, no profession, no stereotype.

Then, on the day after, a Toronto teen is arrested, facing charges after it was discovered he was allegedly planning an attack similar to the Montreal Massacre targeting young women at Oakwood Collegiate near St. Clair and Dufferin streets. An American reported seeing a blog post detailing the potential attack and notify police. It was a near miss and frightening reminder.

But most troubling is the election of President-elect Donald Trump, who won despite his misogynistic behaviour and opposition to abortion. It was supposed to be a triumph for women, as the first female leader of a major party in the United States would lead a global superpower. She was going to shatter the glass ceiling.

Pundits kept calling for the collapse of Trump’s campaign in light of repeated attacks on women. Clinton was given a decided advantage amongst this demographic. But it never happened.

The numbers tell the story. Polls found 42 percent of women voted for Trump, most of them white. While a majority of women did not have a college degree, a shocking 45 percent of women supporting him were college educated.

In a Fortune Magazine article after the election, Roberts and Ely argue Clinton carried too much baggage, making her an unlikeable candidate. Trump certainly said things derogatory about women, but it was Clinton’s email scandal and trustworthiness that crippled her.

“He reinforced the masculine, leader-as-savior image with repeated claims that he alone could make America great again. Those drawn to this view, by extension, place a higher level of scrutiny on those who do not fit their image of success. Thus, Secretary Clinton’s handling of her emails was considered far more egregious than anything Trump had done, an assessment fueled by his systematic dismantling of Clinton in virtually every stump speech,” the article stated.

Hollywood actress Susan Sarandon captured the sentiment in her widely distributed quote: “I don’t vote with my vagina.”

As Guardian Columnist Suzanne Moore pointed out: “The irrelevancy of gender is a theme that runs through much contemporary discourse. What matters is who will get things done. Yet everyone exists in a climate where men who seek power are real men, but women who seek power are innately distrustful and fake.”

It is always difficult to understand why anyone would be complicit in their oppression. But, it happens all the time. Seniors vote for fiscal conservatives who, once in power, freeze taxes and then cut services and reduce health care budgets. Then, it is no surprise, when they complain bitterly about wait time, lousy homecare, unplowed roads, etc.

The poor and unemployed vote Conservative for their anti-immigration stances, then suffer as social safety nets are gutted.

Moore makes her point when it comes to women.

“For power is never simply a possession but an exercise; power is about how we understand ourselves. Feminism seeks to unpick all the tiny ways in which we are bound. Everywhere we look, there are women hating other women for business or pleasure: those who don’t want a female boss; who don’t want positive discrimination; who like strip clubs and porn as much as the boys; who don’t want to worship in churches with female priests; who want to force other women to give birth to children they don’t want; who say FGM is “cultural”; and who get off on body shaming. On and on it goes. How can we be surprised that misogyny is not a male-only attribute?” she argues.

There is some real soul searching going on within the feminist movement, no doubt. This is not the first time feminism has reinvented itself. From the 19th and early 20th-century suffragette movement into the social movement of the 1950s to the 1970s, then on to the post-feminist period of the 1980s and 1990s, when a backlash took place, and a more individualized type of feminism existed. Once again, it is being transformed.

For some, the term feminism is filled with negative connotations. And, this is the tragedy. Women still don’t work for equal pay for the same work compared to their male counterparts. Violence against women continues to be an epidemic ignored. Women continue to struggle to maintain control over their bodies when it comes to reproduction rights in the face of decisions upheld numerous times by the courts. And so on

Women and men must stand in solidarity. This was one of the major messages delivered at the memorial in Victoria Park on the National Day of Remembrance for Action Against Violence Against Women. It is more important now than ever. The fight continues. Let no one put asunder.