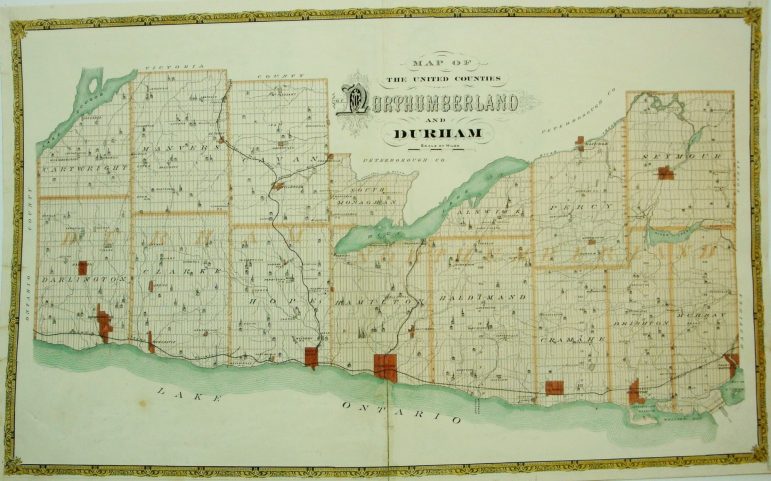 Regional government is a dirty term for some in Northumberland County.

There are municipal politicians, along with some residents, who spit after saying it, as if to cleanse their mouths of the foul phrase.

At this time of year when the levy arrives, taxpayers are reminded of the multiple levels they must pay because of the two-tier system with its deep historic roots.

The once proud United Counties of Northumberland-Durham existed from 1850 until 1974, when the west end of the county was sliced off to form a regional municipality stretching from Scarborough to Bowmanville.

The current boundaries of Northumberland County were left behind. Since then, repeated attempts by the province were fended off by generations of local politicians.

The success of those campaigns was driven by the deep roots of residents who proudly wanted to keep the identity of their respective towns, villages, and hamlets.

But as more urban refugees from Toronto migrate here to find a retirement paradise, the old arguments are losing sway. These newcomers are more concerned about high taxes than retaining municipal fiefdoms.

It makes sense to some. When you get a three or four percent (or higher) tax hike from the lower municipality, only to get hit with another three or four percent hit from the county, it adds up pretty quickly. Add to that the education levy and increases can quickly hit the 10 percent or more range depending on where you live.

However, there is a great paradox.

The provincial government legislates services to the county – garbage collection, secondary highways, social services, and so forth. And, these make sense. It is not hard to imagine how expensive it would be for Brighton, Cobourg, and Port Hope to each pay for its version of the Golden Plough or a welfare-type employment support program. Taxes would be off the chart.

Lower tier leaders argue they want to maintain control over their services, like roads, sewers, water treatment, policing, etc. They argue local interests and control is maintained through this system.

And, this contention has held up over time or, at least, until now.

County Warden Mark Walas proudly listed county services during a recent interview including planning, economic development, tourism and some inspection services. None of this happened overnight. In fact, it has taken place with the full support of municipalities.

As the fiscal realities have set in, some councils have discovered it is more cost effective to collaborate. So, rather than tendering road construction to various companies, the county was able to offer its road crews to undertake local projects at a substantial discount, to the tune of approximately $3,000 per kilometer less. So, municipalities are now getting the county to do the repairs and build new roads.

Finally, joint purchasing is reaching new heights in the past year. Where municipalities were limiting themselves to minor items, the past year municipal governments got together to purchase trucks and other heavy equipment together for a substantial saving.

This is all great news for cost-conscious taxpayers.

If this is all so successful, why not just form a regional government. Truly, this approach seems like amalgamation by a thousand paper cuts. It is sneaking reformation through the backdoor if you will.

Walas openly rejects the premise. Nothing occurs without the complete buy-in from municipal councils. They only get the services they want. The county will never impose itself on lower tier municipalities, he emphatically states.

For the anti-regional people, this is music to their ears. For the tax fighters, it just means they have to squint slightly and blur their keen fiscal eyes to see the savings. Sure, the layers of duplicated staff at both levels is aggravating, but it is a lot less politically painful. And councillors get to keep their jobs (and control).

Still, it may happen one day in the not so distance future, we might all wake up to find the local councils are merely historic fixtures. The provincial government may grow tired of funding both levels and force a change – as the Conservatives did in the 1990s. The incremental approach will end.

What was that? Did anyone hear the voice? Over my dead body! Who said that?