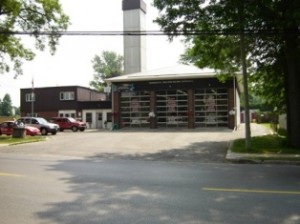 The world of politics in West Northumberland seems ready to explode.

An angry group of Port Hope residents are demanding answers from council about a proposal to consolidate and relocate two local fire stations. Resident Dan Christie is leading a growing number of residents who argue it will increase fire and emergency response times, waste taxpayers money and potentially increase fire insurance rates.

But this is not the only protest going on.

Bill Thompson is feeding birds in Cobourg harbour, expressly ignoring the local bylaws. He is worried the ducks, geese and swans will die. So, he makes a daily trek to the harbour to provide them with food. He has already been given two tickets, costing him $105 each time.

But supporters are coming out of the woodwork. Thirty volunteers from a nearby wildlife centre came out in support recently. People are walking up to Thompson and giving him money for food. Others wanting to help regularly join him.