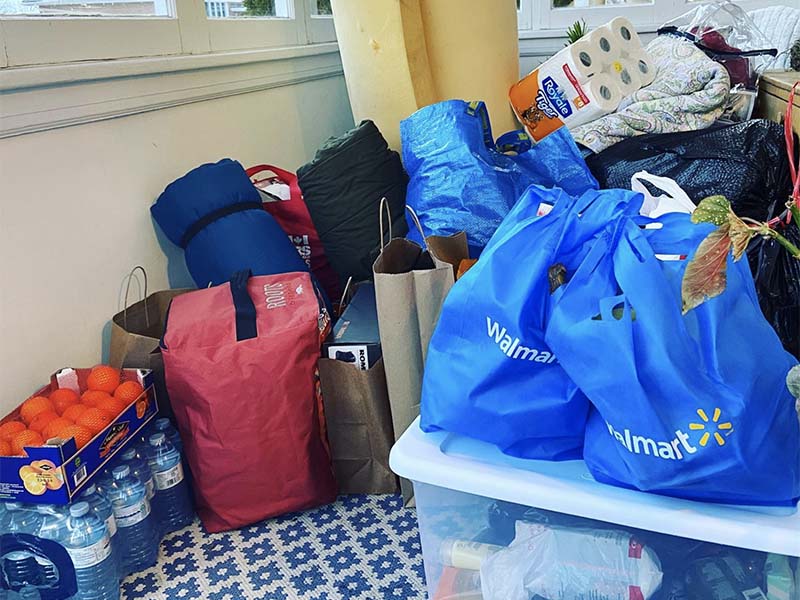 Donations for the community-led warming room poured in as a temporary shelter was set up in St. Andrew’s Presbyterian Church before the county opened its facility on Nov. 30.

Recently, a significant snowstorm drew into sharp focus the need for a warming room for people living in the rough. Some of those homeless people sought shelter in the bus terminal in downtown Cobourg. Through the actions of some advocates, the bus terminal was kept open during the storm.

However, the people using the bus terminal were evicted when the storm was over. With nowhere else to go and the official warming room run by Northumberland County not ready, a group of volunteers quickly pulled together to create a temporary warming room at St. Andrew’s Presbyterian Church on King Street in Cobourg. It would stay open until the county opened its warming room on December. 5.

In this interview, you will hear about this volunteer, community-driven effort to provide a temporary warming room for the homeless. Community activist Missy McLean will tell this story.