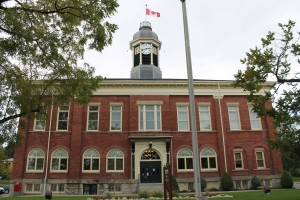 Democracy is always under siege.

Somewhere in the world the rights of citizens are being abused. Occasionally, people rise up in revolution and successfully rebel against their oppressors. More often than not, it is not successful. But, sometimes it is.

Watching the events in Syria unfold it is hard to be optimistic. The G8 summit in Ireland this week will provide an opportunity for world leaders of the eight most powerful countries on the planet to take action.

Turkey’s government smashed a protest in Taksim Square against the current leadership over the past week as citizens tried to express their concerns over the accountability of Prime Minister Recep Tayyip Erdogan in his 10 years in office.

Closer to home, Canadian watch as four senators come under scrutiny for abusing the system by claiming unentitled expenses. The result is an RCMP investigation and a cloud of obfuscation surrounding Prime Minister Stephen Harper’s involvement. It is just one of a very long list of examples of unaccountability by the federal Conservatives.

Then, there is the scandal swirling around Toronto Mayor Rob Ford. It appears there is no end in sight as the mayor faces a growing list of allegations and his behavior dominating the agenda, running from the sublime to the ridiculous. Whether it is allegations of smoking crack cocaine or a woman throwing a drink in his face at a street party, Ford fails to be accountable to his constituents.

Then, there is Port Hope council.

In an demeaning act, only to be described, as insulting, Councillors Mary Lou Ellis and Rick Austin want to shut down informal town hall forums started two years ago.

Council decided it wanted to improve relations in 2011 so it set up meetings three times a year to exchange information and answer questions from residents. The implication is the system is no longer working. So, if this passes, it will kill the meetings for the remainder of the current term.

Historically, Port Hope council is not a friend of democracy.

In 2004, the council came up with a scheme to charge $10 for council agendas in an effort to put up barriers to public information in the guise of budget woes.

It has also tried to limit participation by citizens at public meetings, limiting the number of questions, restricting time allowed to speak, and demanding copies of presentations in advance.

All this has happened under Mayor Linda Thompson. She must be held accountable along with the rest of council. No one should have to wait until the next election.

Municipal government is meant to be the most accessible. Citizens can have the most impact because it is smaller, more direct and most politically sensitive in responding to voters. Yet, none of this is true in Port Hope (and many other municipalities, as well).

There is little that can be done by Northumberland residents when it comes to Syria or Turkey or Ottawa or Toronto. But, there is plenty that can be done here. The litany of democratic abuses grows, particularly in Port Hope.

Regardless if it is a small band of malcontents or a movement by a majority of voters, council gains nothing from shutting down the informal town hall meetings accept a few quiet nights at home.

By leaving them in place and facing the issues being raised, council has the opportunity to build a stronger community through direct dialogue. This is not easy; but it is the right thing to do. It is the democratic thing to do. And, this is not Syria or Turkey or Ottawa or Toronto. It is where we live.