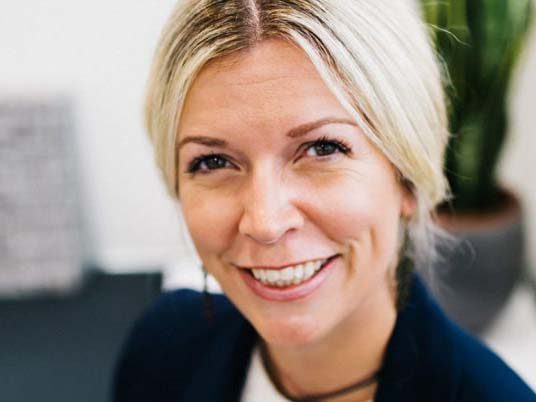 Nicole Beatty, candidate for the nomination for the provincial Liberal Party in Northumberland Peterborough South

Abraham Lincoln is quoted as saying, “Give me six hours to chop down a tree and I will spend the first four sharpening the axe.”

The provincial Liberal Party is certainly taking Lincoln at his word. The party is nominating candidates more than a year out from the scheduled election on June 22, 2022. In what can be described as a compressed campaign. Nicole Beatty and Jeff Kawzenuk are racing across the Northumberland-Peterborough South drumming up support. Beatty, a first-time Cobourg councillor and community activist, is running against Kawzenuk, a retired high school principal. Both have deep roots in the community. Both have a history with the Liberal Party locally. And both think they are the best person to get the job done. The obvious question for members of the local Liberal riding association is simple: Who do they think can beat the sitting MPP, David Piccini.

To answer that questions here is my interview with Nicole Beatty.

The show: The full interview with bonus material: The recent discovery of the bodies of 215 Indigenous school children on the site of a residential school in Kamloops, British Columbia, impacted the residents of Alderville. A range of emotions was felt throughout the community, from heartache to grief, to anger.

The full interview: The Northumberland Central Chamber of Commerce provides rapid COVID 19 screening kits to all businesses in the county. Through a collaboration with Campbellford, Brighton, and Colborne, people can apply to get these kits to test employees, an important step in preventing the spread of the virus at workplaces.

As the pandemic has forced many publishers to change the way they engage with readers, one addition to the audience wheelhouse has been the use of audio-based social media platforms. While audio in news media is nothing new, the addition of audio apps and new features has pushed audio [...] Click here to view original web page at www.rjionline.org

The show: The full interview with bonus material: You can feel the change. It’s slight, but it is there.

This is a series on Better News to a) showcase innovative/experimental ideas that emerge from the Knight-Lenfest Newsroom Initiative and b) share replicable tactics that benefit the news industry as a whole. This “win” comes from Nicole Stockdale , director of digital strategy at The Dallas Morning News .