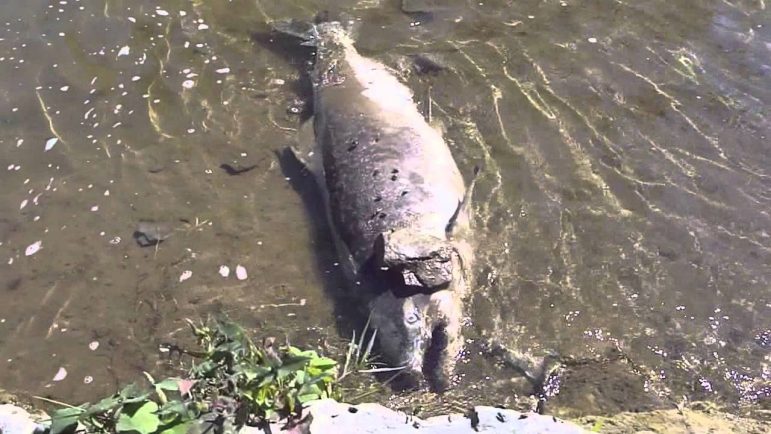 It is time to seriously consider closing the fishery along the Ganaraska River inside Port Hope.

While the statement is heresy to some, those who think with calmer heads realize the situation along the river within the town’s borders no longer serves the recreational and tourism goals envisioned by town fathers and promoters many decades ago.

Instead, it has devolved into some indescribable chaos where a growing number of anglers pack themselves along the banks with barely any space to properly fish.

Then, the situation is compounded by those bent on using illegal fishing methods and other horrific practices. And, just to top it all off, there is the littering, trespassing and defiling of private and municipal property.

The fall Salmon run, along with the spring Trout season, are two major tourism attractions, providing an opportunity for anglers to enjoy some of the finest fishing in North America. Even for those not interested in catching a fish, the ladder at Corbett’s Dam is a spectacular sight as the fish fight their way upstream to spawn responding to their primal call from Mother Nature.

However, late last month, the town council decided to crack down on illegal and unethical fishing because the situation had deteriorated so badly. Signs were posted in three languages along the river banks within the town boundaries warning anglers to behave. Patrols were increased by Ministry of Natural Resources staff and local police officers were also trained to enforce the provincial fishing laws.

Following the 2015 season, the town faced a tipping point with 90 charges being laid and more than 18 complaints filed during a four-week period in September. Besides using improper fishing methods, such as snagging fish (deliberately ripping large hooks through the side of a fish) or netting fish, there were anglers who did not even have a fishing licence.

Councillor Jeff Lees, who is in charge of the parks and recreation portfolio, shared stories of anglers taking away 27 fish at one time, far beyond the five allowed under regulation, during a recent interview. As well, he has personally witnessed snagging and netting of fish, along with littering and trespassing.

Anglers gut the female fish for the eggs, known as roe, to use a bait to catch other fish, he said. But, instead of keeping the remainder to eat, these are left to rot along the banks. Town crews collect overflowing garbage cans multiple times per day, plus the scattered waste along the river’s banks, he added.

And, it is turning off other tourists who come to the town to enjoy event going on at the same time, Lees said.

It could be argued the bad apples should not spoil the experience for everyone. But, it seems to have gone beyond just a few individuals violating the rules. It is becoming expensive for the municipality to enforce. Conservation officers’ availability is limited, so the town must use the police, leaving taxpayers to pick up the bill.

It is time for the council to seriously consider a ban. This does not mean fishing along the Ganaraska River would be stopped along the entire length of the waterway. Rather, the section between the dam and the mouth of the river should be the only area.

And, those who are serious anglers could fish higher up the river, north of the town. Those waters tend to be deeper, wider and present sufficient challenges to discourage illegal methods. Access would also be limited as much of the river’s banks lie in private hands.

The tradition of fishing along the Ganaraska in Port Hope is a rich one. But nostalgia cannot be the lens with which politicians and townspeople look at the current situation. Certainly, there are those who hold childhood memories and generations have fished the river.

For those anglers who want to keep the fishery in town open, if they were honest with themselves, the experience is no longer a pleasure. Standing shoulder-to-shoulder, fighting for space and barely able to cast, only to watch others abuse the laws and disrespect the environment cannot be enjoyable. And, who would want to take a kid to a place like this for a fishing experience?

It is time for municipal leaders to fish or cut bait. The interim steps adopted this year are noble, but a ban is the way to go for the future of the town, tourism and the Salmon.