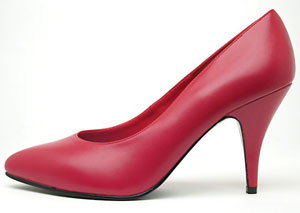 About 20 years ago I received a phone call from a polling outfit wanting to ask me questions about government funding and being curious, agreed to participate. What followed alarmed me considerably since the thrust of the questions focussed on whether institutions like hospitals should be fully funded through the tax base or supplemented by private donations.
At the time, other than the work of the ladies of the local hospital auxiliary, our hospital maintained itself through government and large scale campaigns directed at the public to buy equipment like CT scans were rare. Despite my own firm opinion government hold the responsibility to fund community services and institutions, the tide swam the other way. Today, pitches to donate to worthy causes just about every day beset us.

Currently in Northumberland, citizens are being asked to donate to three community agencies that are well established, well known and respected for their work. One is for Northumberland Services for Women, and they are recruiting men to “Walk a Mile in her Shoes” to raise money for the agency. Meanwhile at Habitat for Humanity, prominent citizens are engaged in a “Camp Out Poverty” event for the same purpose. Finally, the upcoming United Way “Jail and Bail” day where people pay to have others mock locked up, and pay again to get them out of their mock prison. All are designed to be fun events.

Not only fun, but cute too. So cute we forget to ask why private citizens are regularly besieged to provide operating funds for community agencies whose services used to be funded by government at all levels. What happened here?

There are several factors at play, and one of the biggest is the business lobby, which organized itself in the 1980’s under the direction of Tom D’Aquino to promote a different kind of Canada. It started with the establishment of the Business Council on National Issues and later the Fraser Institute to cite just two of the organizations funded by big business to promote its point of view. They were remarkably successful, changing the social landscape of Canada dramatically over the years. Ironically, these organizations have their very own charitable status too, as they work to dismantle the foundations of our social safety net.

So what’s their point of view? Less taxes, especially corporate taxes. A move away from civil society where government provides community services for the well being of its citizens. A big move towards charity to fund those services instead. Business likes charity very much. It gives them power over the organizations they choose to fund, giving them tax write-offs and opportunities to promote themselves positively as generous corporate citizens.

The same principle is at work locally, where businesses get good press for donations to worthy causes. It raises their own profile while helping the agency of choice provide services deemed worthy in the donor’s eyes.

The notion of providing help to only “deserving” recipients was suddenly paramount. That often meant disadvantaged adults were left out since they were perceived to have created their own circumstances. Since their kids were presumed to be innocent victims, donations to them were maintained. It was okay to be a poor senior or a poor disabled person. But, the plain old garden variety poverty was out of fashion as the Fraser Institute inspired wave of poor bashing rolled over the country.

Co-incidentally, this also created the climate for government to slash welfare rates and services for the disadvantaged, another plank in the BCNI and Fraser Institute platforms. Dismal welfare rates and punitive rules lead to an abundance of cheap labour ready to do any job however nasty and unsafe. Another plus for them.

It all leads us to today, where local businessmen and high profile public sector bureaucrats will soon don high heeled red shoes, and to the amusement of many, attempt to walk a mile wearing them to raise money for women whose spouses beat the crap out of them. Nice. Real nice. It’s such fun we hardly need to think about why they are doing it, or what we, as a society, should be doing to stop spousal abuse in the first place. Another point to consider is that the agencies, given the choice, would prefer to spend their time operating their programs instead of endlessly dreaming up new fund raising events to survive. Too bad they can’t, we all lose out as a result, especially the service users who now have the unspoken but real requirement to be morally pure to qualify for any assistance at all.