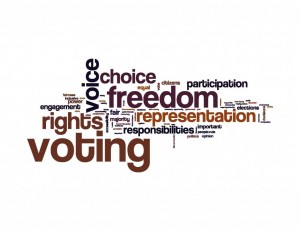 If young people had voted in greater numbers during the last federal election, Stephen Harper would not be running this country, according to a recent study.

Despite where one sits in the political spectrum, that is a shocking statement.

But according to pollster Nik Nanos, his research suggests this is absolutely true. Even more prophetic, he says the tone and content of the political debate at the time would have been very different, as well.

Working with the Institute for Research on Public Policy, Nanos examined what would have happened if a majority of young people had voted in the last federal election.

Show interview: Full interview with bonus material: Sitting on the Second Line Road, just a short drive east of the Alderville Memorial on County Road 45, is a white, long building next to a very old United Church. The elongated building stretching back from the road is home to the administration offices of the Alderville First Nation.

“Politics as a chronic stressor”: News about politics bums you out and can make you feel ill — but it also makes you take action

A growing group of journalists has cut back on Twitter, or abandoned it entirely

The foundations of local journalism are crumbling, as this newsletter seeks to explain each week ; over the past few years, as the US has faced voter suppression, foreign meddling, and executive overreach—and as political polarization charges the atmosphere around the world—the foundations of a democratic government can also [...] Click here to view original web page at www.cjr.org

Report from the Field: Local Community Media Flourishes on Cable in a Crisis