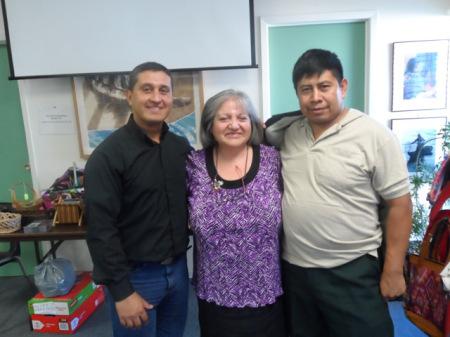 With nearly half its funding from the federal government on the line, a local international aid group is keeping its fingers crossed and the people they serve are hanging in the balance.

Horizons of Friendship’s $2-million budget could be seriously hurt if the Department of Foreign Affairs, International Trade and Development fails to fund a critical proposal.

The plan is to improve local health care to more than 235,000 people in Totonicapán, Guatemala, one of the areas with the highest number of indigenous people in the country. It is one of the least violent places and suffers from extreme poverty with up to 82 per cent of the residents being malnourished.

There was also a plan to engage 8,700 Canadians in the project through professional-development exchanges and public activities.

Now, Executive Director Patricia Rebolledo is worried on two fronts. She is concerned about levels of funding for the new project. But, she is also concerned there will not be sufficient funds to help other groups in Mexico and Central America traditionally supported by the 42-year old organization.

Some groups have already laid-off staff due to insufficient funds.

Ironically, earlier in the week, Minister of International Development Christian Paradis was boasting about the federal government’s record on working with non-government organizations, like Horizons, “to increase development, reduce poverty and advance democracy and human rights,” according to a press release.

But, this is just mumbo-jumbo. The convenient rhetoric is merely a smokescreen for far more radical ongoing changes.

Since 2010, Prime Minister Stephen Harper’s focus for international development is aimed at reducing illness and death among mothers, newborns and other children. He committed $1 billion in funding. But the end date was 2015.

This program received praise and support from governments and prestigious donors, like Bill and Melinda Gates. But peel away the curtain and it is plain international development and foreign aid are not hallmarks of his government.

Trade is above all.

Working with civil society to help develop initiatives to sustain, local indigenous economies it not part of the plan.

Meanwhile, a crackdown on non-government organizations is being waged by the Canada Revenue Agency. It is threatening to remove registered charity status on any organization stepping over the line between good works and political activity.

And through subsequent budget cuts, it has further wounded these groups, leaving them to rely more heavily on fundraising.

For some, these are welcomed changes. But for those who run the programs, it means far more.

Scrambling for resources means partners elsewhere in the world cannot count on programs to provide steady, reliable assistance. It plunges recipients back into the cycle of crushing poverty. And, it contributes to unrest, political alienation and less security in the world.

Horizons has grown from a tiny band of dedicated individuals in 1973 into a respected international organization because it has committed staff, resourceful partners and generous donors.

Previous governments recognized the value of such non-government organizations in delivering valuable programs in an efficient and cost-effective way to meet international responsibilities and to maintain sound foreign policy.

The Conservative’s approach is misdirected, despite any attempts to portray it as well meaning. Let’s hope Horizons gets its funding for the new program. And, in the meantime, voters should carefully consider the government’s record as a federal election quickly approaches.