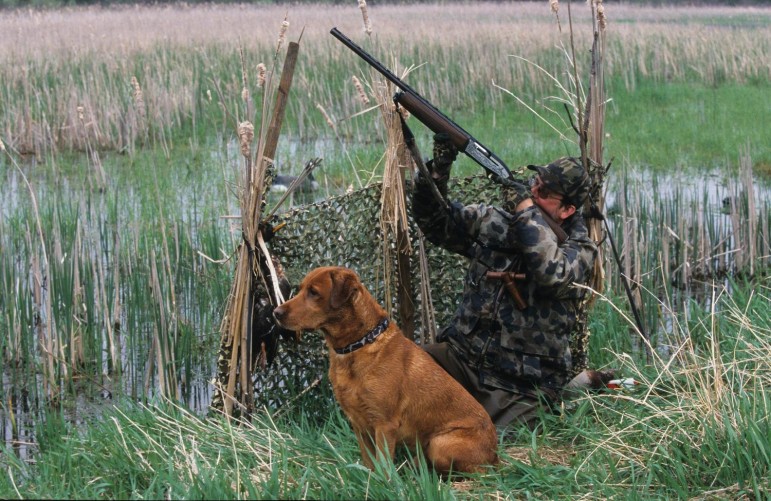 It is like young kids who spot the wasp’s nest and must find a stick to poke it. The danger is obvious, but there is no stopping anyone, regardless of the danger, risk or consequences.

This was the case last week at Port Hope council as politicians tried to introduce a new gun control bylaw.

It is suppose to consolidate and update two previous bylaws written in the 1960s, leftovers from the amalgamation in 2001.

Instead of a simple clearing up some legislation, it has created a maelstrom.

One of the changes is a reference in the old Hope Township bylaw referring to the Summary Convictions Act, which no longer exists.

The old Hope Township bylaw also refers only to 22-calibre rifles, whereas the new bylaw talks about other firearms, like air guns, crossbows and any other weapons.

And, while the municipal staff and politicians consulted with lengthy list of various institutions, like the Port Hope Police and the RCMP, it failed to talk to the people being impacted directly: hunters.

Now, residents in Port Hope are very active in local politics. So, it is not unusual for a group to show up to a council meeting. But up to 126 people packed into the council chambers, according to one report. There is an obvious sign of trouble.

Petitions are being circulated. A Facebook page in opposition to the bylaw is online. And, the former mayor and the Ontario Federation of Anglers and Hunters joined in against it complete with presentations to council.

It is not rocket science to figure out anything to do with gun control is going to be contentious. Thanks to the American gun lobby, Canadian hunters are emboldened.

While Canadians do not have the same constitutional argument to own a gun, the veracious defence of gun ownership is present. Since the gun registry debate started in the early 1990s, hunters are very sensitive to anything remotely regulating their use or ability to own a gun.

It was a no brainer from the start. And, they have deferred any decision while they try to mop up the mess by holding some public consultation.

So, it would seem obvious Port Hope councillors should have seen this train coming a million miles away.

Even United States President Barak Obama knows it is well nigh impossible to do anything about gun control. During an interview with BBC last week, he expressed his own frustration about being stymied by the gun lobby and unable to create legislation.

Later that same day, John Russell Houser, a 59-year old drifter from Alabama, stood up in a movie theatre in Louisiana and began firing a gun. He killed two people, injured nine and then killed himself.

For 40 years Port Hope and Hope Township had bylaws to control gun use. Nobody complained. But the world has changed. Ward 2 faces urban encroachment. Safety concerns are heightened. And while the majority of hunters are safety conscious, the landscape, both literally and figuratively, is not the same.

Council screwed up when it failed to consult with hunters and the public. It is another case in a growing list fumbles by a this group of politicians making mistakes and having to regroup to fix them.

But the other side needs to slow down, too. The hunters and lobby groups have made their presence known. It is time to sit down and have a reasonable, intelligent discussion, minus any hysterics or hyperbolye.

A gun control bylaw is necessary for public safety. A good one can be written that will not impinge anyone’s rights to live without fear of being shot and also allow people to enjoy their hobby.

It is both sides that need to step back. Nobody needs to be stung.