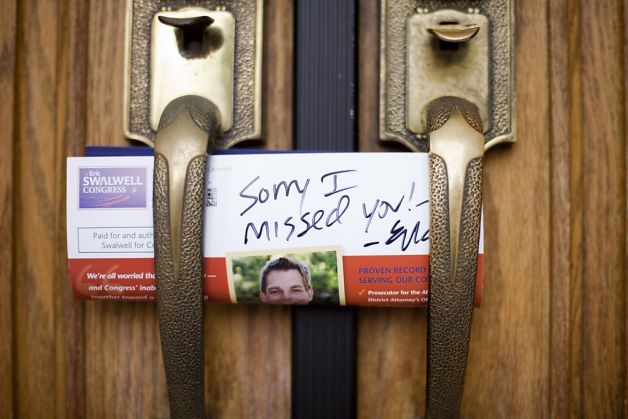 It is hard to miss the new campaign office on King Street in Cobourg.

Candidates have been stumping for months. Actual door-knocking started in earnest weeks ago, if not months. Then, tally the countless small events, dinners, barbeques and other gatherings across Northumberland and South Peterborough and it really hasn’t stopped since the last election for some candidates.

The perpetual election campaign has steadily grown as a fixture in Canadian politics since the introduction of the pre-set election date in 2007.

Before fixed election dates, political parties were limited in what they could do prior to an election writ being dropped – that is the official start of an election in this country.

Because political parties could call an election when it was strategically advantageous, there was a mad scramble to get candidates nominated and boots and the ground to fight the imminent election.

And, since the party in power controlled the date, there was a decided benefit, allowing them to be prepared while the others were caught off guard. Or, that is the argument.

However, the fixed date is equally problematic. Political parties never seem to stop being in campaign mode. That started with the attack ad against former Liberal leader Stephane Dion in January 2007 and continued in 2009 when former Liberal leader Michael Ignatieff received the same treatment until he lost an election

Campaigning before the actual election writ is like the political Wild West. Lawless gunslingers (in this case mudslingers) running throughout ridings brandishing their messages, spending without limits and gathering all important data for their campaign statisticians to pour over.

Add to this toxic mix a slew of American-style political action committees or PACs, sponsored organizations with no other purpose other than to raise millions of dollars to go after the opposition with a rabid zeal of a starving wolf pack after a fresh kill.

It is only after the election is officially called that all the rules kick in.

Watching former Peterborough MP Dean Del Mastro board the transport in cuffs and leg irons as he was taken to jail last week for breaking election laws is a keen reminder of the lengths some will go to win elections – even when everyone is supposed to be following the law.

All of this electioneering leaves voters exhausted.

But maybe that is the point.

When elections become more about winning a certain percentage of votes rather than the hearts and minds of an entire country, then we know our democracy is in trouble.

Sophisticated databases tracking our preferences have turned elections into a science. Campaigns are merely spectacles.

Local door-knocking is another form of polling, not a conversation about issues. Nobody has to really listen anymore. If the candidate does not agree with you, then that is it. They ignore you for the rest of the election. There is no need to win you over because that is not the point. The goal is to find everyone who does agree and those who are most likely to agree. Nobody wants to win you over or inspire you.

That may be a modern political reality. But, Canadian politics is being stripped of its humanity. At the national level it is no longer about a grand unifying vision, but an algorithm for obtaining power.

It is up to voters in Northumberland to remember this. As the campaigns whizz away over the summer and into the fall, voters must shake off campaign fatigue. Engaging in the upcoming local campaign is a solution to the ethereal national one.

By pigeonholing the candidates, pushing for answers and keeping it focused on local issues, we can reboot our flagging interest and maybe get an outcome worthy of our riding.