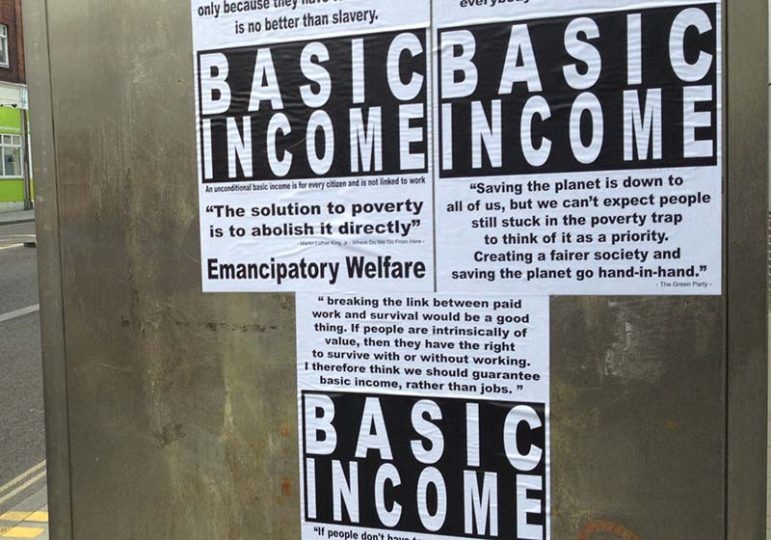 The three-year pilot of a basic income plan by the Ontario government last week is good news for some, but not all.

The program guarantees an income of about $17,000 annually for a single person and $24,000 annually for a couple, less 50 per cent of earned income. Those with disabilities will get up to $600 per month extra. The idea is to replace the current welfare system and disability payments that often demands people deplete all their financial resources before getting assistance. It also can be punitive when people earn income because that amount reduces the welfare support.

Thunder Bay and Hamilton-Brantford-Brant County are part of the pilot, along with Lindsay.

Local poverty activists gave a lukewarm response, quickly pointing out its shortcoming, including the need for province-wide implementation, as well as increasing minimum wage and addressing systemic problems related to support systems, health, and housing.

Yet, in the context of the provincial budget released last Thursday, there is a disconcerting pattern. Certainly, there was a lot of good news with a youth pharmacare program, rental housing initiatives, child care support, among other items.

One concern is that a basic income can be a subsidy for precarious work. Rather than employing full-time workers, paying benefits and a stable living wage, the guarantee of a minimum income could encourage businesses to substantially increase the use of contract employees, part-timers or temporary workers to fill jobs.

Also, a pharmacare program means fewer benefits need to be paid by employers, in this case for younger workers. A move to increase rental housing stocks will also provide cheap housing for those who cannot earn enough to afford a home. Increasing child support means more families will have access, especially those with precarious jobs where both parents need to work just to survive.

Without question, this could be an overly cynical view. Each one of these initiatives will make a positive difference in a lot of people’s lives. But there is a critical missing piece.

The Ontario government must implement new labour laws to protect workers against abuses within a flexible workforce. Otherwise, taxpayers will be subsidizing corporations in a downward spiral that will hurt workers and keep them in a perpetual state of poverty or near poverty. It will increase income disparity and harm the larger economy due to shrinking incomes and purchasing power.

It is far too easy for a business to claim it needs a new type of workforce for the current economy. There also needs to be a recognition of the economic and social costs associated with these changes. Businesses can no longer hide behind rhetoric and must take responsibility for ensuring workers can make living wages that support themselves and their families, as well as the overall economy.