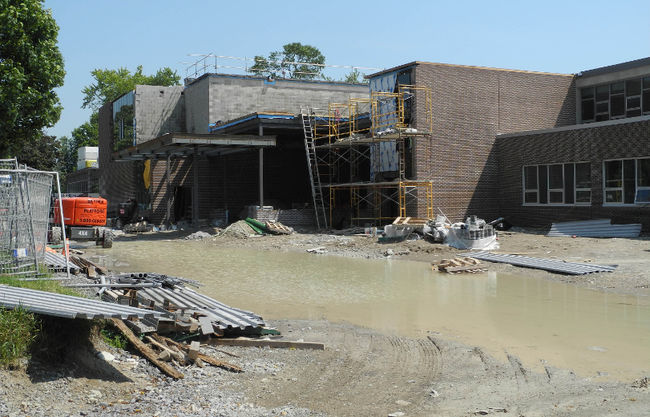 It may not be as bad as some other places like Toronto or Peel Region, but some Northumberland County parents are feeling the sting of the recent job action by elementary school teachers across the province.

But, the elementary school students at the public school board will only get grades distributed by the administrative staff at the end of the school year.

It is part of a job action by the Elementary Teachers Federation of Ontario where the teachers submitted written grades to principals, but refused to fill out computerized report cards or make comments.

If this doesn’t have everyone worked up, things may get worse come the fall, as teachers from all levels and all school board, both public and Catholic, are expected to take job action, if a collective agreement is not reached over the summer.

The issues are familiar: class size, preparation time, testing, supporting special needs children and so forth. It would take a full-length treatise to list and explain all of it from both sides.

And, while all sides are bashing away at each other – parents, teachers, principals and the community – the Liberal government has got off pretty scot-free.

By laying low and staying relatively quiet, it has used frustrated, angry parents and communities to attack teachers as diversion away from its own plans to weaken the union.

It is the Liberals who should be taking an equal share of the heat.

For examples, one of the hidden problems is the two-tier system of negotiations.

First, there is the central bargaining going on between the government, the Ontario Public School Boards’ Association and the teacher’s unions. Its job is to handle all the big picture stuff across all board and all levels both public and Catholic.

But, there are also local negotiations taking place. These are specific issues aimed at resolving everything else.

In talking with a union representative last week, the local negotiations were described as proceeding very well.

One of the big reasons the provincial government wanted to go to a centralized system of negotiation was to stop the unions from targeting particular boards to reach a plum deal and then forcing all the other school board to match it.

The idea was to get the government, the school boards and the unions to sit around the same table to reach a deal. But, it is not working.

The government could end all of this really quickly. It is a major player in the central negotiations, but it has left the unions and the school boards to go head-to-head, keeping its own role minimized, if not invisible.

What is also uncanny is relations between the Liberals and teacher’s union is being transformed. Former Premier Mike Harris took on teachers in a series of negotiations in the 1990s that were deeply polarizing. The Liberals under former Premier Dalton McGuinty leveraged this, helping them defeat Harris in 2003. The alliance worked for several subsequent elections.

Now, under Premier Kathleen Wynne it seems like everything has regressed. In fact, it is hard to tell the difference between the Harris days and now. The government has already shown it is prepared to pass back to work legislation to solve the problem rather than play a direct role at the negotiating table.

Wynne and her government have already shown the ability to act like Progressive Conservatives with its privatization schemes for Hydro One and booze sales in grocery stores. Now, it has taken another page from the neo-conservatives by leveraging anti-union sentiments.

It is time teachers’ union, parents and the community stops fighting and joined forces to take aim at the real culprits in this dispute so children can return in the fall to focus on their education and not a labour disruption.