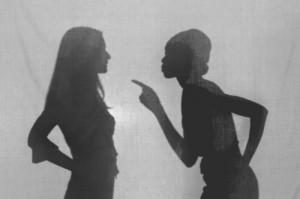 The sad story of the bullying Stephanie and her younger sister, Dawn, face at Port Hope High School drives home an important point regarding the struggle parents, educators and governments face.

Since last February, the girls have received ongoing harassment, which peaked a few weeks ago when a large group of 15 teenagers followed the kids home and camped out on the front lawn of their house, according to the children’s mother, Kim Crane. She is now considering changing schools in the fall.

The principal and school board got involved, but little could be said about this specific case due to privacy laws.

This comes at the end of a month of front-page news regarding anti-bullying efforts. There was the 68-year old bus monitor in Greece, New York, near Rochester, who was bullied by Grade 7 kids.

Then, there was Bill 13, the provincial government’s anti-bullying legislation, which was passed. Sadly, the bill was embroiled in controversy coming from Catholic school boards over the name of Gay-Straight Alliances.

This took away from the overall initiative to strengthen anti-bullying programs across the province. If implemented correctly, the public should have a better idea of the number of incidents and what the province, along with school boards, are doing to make a difference.

There seems to be no lack of local efforts to stem the problem. Just in the past month, the Northumberland Youth Advisory Council held its third annual Walk to End Bullying. The Northumberland YMCA and Northumberland Mall Theatres joined them for a daylong event, which concluded with the highly acclaimed 2011 movie Bully.

The A.B.I. program marched in the Canada Day parade earlier this week to remind everyone about bullying. Founded after the tragic death of Abi Kempton, who took her life at the age of 14, the program provides scholarships and programs against bullying.

And, while there are many high profile efforts, there are also many smaller ones. The Rebound Youth Services is offering a First Steps program this summer for young people 12 to 17. Part of its delivery includes self-esteem training and dealing with bullies.

These are only a few snapshots of the ongoing efforts. Still, it does not answer the deeper question of why bullying continues to be such a huge problem. Since the Columbine massacre in 1999, parents groups, teacher’s associations and education critics have lobbied for anti-violence programs and safe school policies.

Even in 1997, when the beating and murder of 16-year old Reena Virk by her peers took place, the call to action was resounding.

The hard part about this issue is knowing what is working and what does not. Next door, in Quinte Region, a new anti-bullying group was formed this past spring after angry parents concluded the school board was not doing enough to protect their children, despite the myriad of programs being run in classrooms.

Premier Dalton McGuinty and the Liberals can gain political points through the updated legislation. Yes, the public reports on the number of bullying cases across the province will inspire greater outcry and more bold programs.

But a courageous step needs to be taken. Already a private member’s bill is before the House of Commons to criminalize cyberbullying. While Liberal Hedy Fry introduced this private member’s bill, these don’t often become law. Still, the spirit of the legislation is correct.

A poll done by the Globe and Mail in February found two-third of Canadians feel bullying should be a crime.

Northumberland MP Rick Norlock needs to make his position clear. In fact, it is an opportunity for his government, not just to criminalize cyberbullying, but ALL bullying.

Or else, all the programs in the world will not help Stephanie and Dawn.