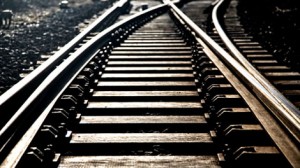 When a Canadian National freight train carrying jet fuel derailed just east of Port Hope on March 27th, quick action was taken by local authorities to evacuate families too close to the action; put out the fire that had started; and re-route traffic away from Highway #2. Nobody was hurt and crews are still there, two weeks later, cleaning up the mess and trying to establish the reason for 20 cars leaving the tracks. While there is no final decision, there is one theory saying the problem began when the train travelled over Cobourg’s William Street bridge a few minutes earlier. Despite the lack of a clear explanation, people are beginning to realize how vulnerable our communities are when train catastrophes happen. And they do happen, all across this country.

With rail safety fresh on our minds, it’s an opportune time to look at the record in Northumberland, where every day some 42 trains travel across our hills and valleys; 22 passenger trains and 20 freights. We have had three train derailments since the spring of 2007 beginning with the Burnham Street rail crossing in Cobourg. The crossing was destroyed by fire, along with damage to several residential back yards and a whole lot of train track. In that dramatic accident, 21 train cars and a Herzog track maintenance machine derailed. Then, just two years later, another derailment took place outside of Brighton in March 2009 when six cars of a 12,000-ton train jack-knifed and derailed. It blocked the tracks for some time while crews removed the wrecks and repaired the tracks so they could be used again. Both these earlier trains were CN freights, just like the one involved in this third derailment near Port Hope.

Cobourg Deputy Mayor Stan Frost has already called for a dialogue to be started through the federal Member of Parliament after the spring election about rail safety and how to protect people living where the trains pass by. It’s a topic already under intense discussion in Ottawa, where the federal Standard Committee for Transport, Infrastructure and Communities on Rail Safety in Canada released their latest report on March 11th to the House of Commons. Part of Transport Canada, this committee is charged with responsibility to develop science-based safety regulations to reduce the number of train derailments. While the dissolution of Parliament for the election has sent Bill C-33, the legislation to enact these changes, in limbo for now, it’s too important to be left to die or appear again in some form or another.

The reason Transport Canada undertook the study is due to the alarming rise in train derailments across Canada over the last several years. Rail companies have made safety improvements over time, which have slowed the trend. Still, rail safety remains an urgent concern that must be addressed. Trains have changed a great deal since the nineties when they generally weighed about 7,000 tons and averaged about 5,000 feet long, a little less than a mile. Now the gigantic machines operated by Canadian Pacific can weigh in at 18,000 tons and stretch to 14,000 feet, a mind-blowing length of roughly two and a half miles. CN limits its trains to 12,000 feet. It’s no surprise that these monster trains pose problems the smaller ones didn’t. It is no surprise safety concerns can take a back seat to profit and efficiency for railways running freight for paying customers.

The story of rail safety in Canada is too big for just one column, and we’ve only scratched the surface in this one. Stay tuned for Part Two when we’ll describe some of the ongoing, common safety problems that were uncovered, look at solutions to rectify them, and examine the Brighton and Cobourg derailments in more detail through the reports of the Transportation and Safety Board of Canada.